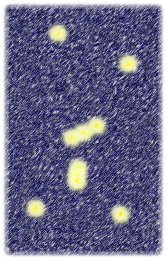 Each October, early in the morning, when the dawn is still too far away to have dulled the glory of night, Orion and his dog watch over the world as I slip on my running shoes, quietly step out the door and begin to jog. October is my favorite month to run. The cool crisp air is no longer weighed down with the heat of the summer and it is if the atmosphere has been reborn each night, a gift from Artemis, Goddess of the moon. I have always loved Artemis.

Artemis and Orion go back a long ways. At one time they perhaps were lovers. This may explain why Orion’s outline in the dark October sky has always seemed so comforting. He wears his belt, and I wear my running shoes and when the temperature turns just cool enough to make me pick up my pace, but not so cold that it burns my lungs, Orion is there in the southern sky shining over me.

I love to run in the dark. There is such comforting possibility in the dark, as if my pavement worn shoes might just carry me all the way to the moon in the quiet of the midnight colored fall morning. Like the goddess of the moon, I have never feared the lack of light that nighttime brings. It is elegant and musical, and my breath and footsteps seem to harmonize perfectly.

The stars that make up Orion are some of the brightest in the sky. His trusty dog contains the brightest star, Sirius, but Orion’s bright form has been known as long as human beings have been looking up. And although I will no longer be around to witness the gradual drift of the stars that tell stories in our night sky, Orion will. After many of the constellations we know have drifted apart into new shapes and creatures with new myths and legends, Orion will still shine down, virtually unchanged watching over whatever creature dares to look up at the early morning October sky.

1 Response to Why Orion