An Open Letter to my Government Representatives-Immigration: An American Christian Perspective 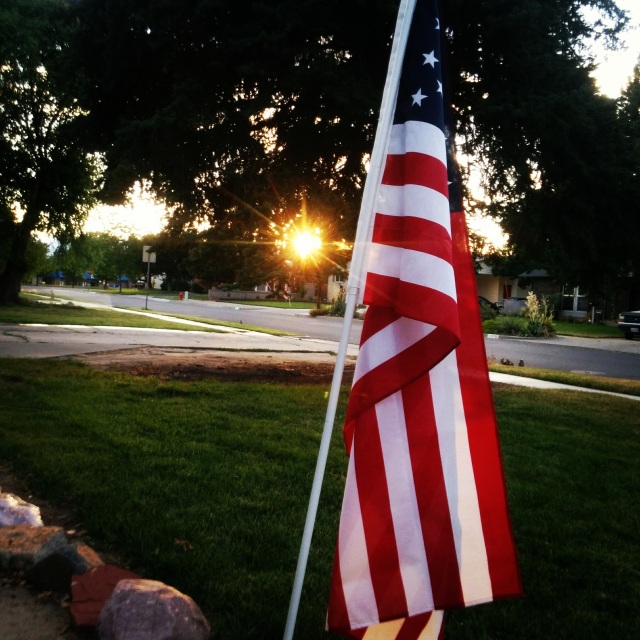 I have watched recent political events with trepidation, doing my civic duty by voting for the people I felt would best represent me and our country as a whole. However, some of the policies, orders, and laws that are now beginning to be formed are, in my opinion, dangerous to our country and I cannot stand by silently while they are enacted, or I hold some of the guilt for those decisions.

Today I am writing primarily on the topic of immigration, and I write unabashedly as a Christian and American. All of you are Americans, and among my representatives I know many of you also profess to be Christians. And so while not all Americans are Christians, I believe the messages of Christianity are clear as to how we should be treating people throughout the world and in our own communities despite anyone’s political ideology.

First as an American. Every single one of you owes your life to immigrants. In fact, according to the United States Census website, 98% of the American population can thank immigrants for the privilege of living in this country1. Many of these immigrants (our ancestors) came to this country as refugees. Utah, was founded as a desert sanctuary for refugees of religious persecution. Many of the immigrants to our country also came here illegally, not bothering to ask the native populations whether the immigration quotas had been met or if they had the proper paper work. To deny others the same opportunities makes us, as a people, hypocritical.

Give me your tired, your poor,
Your huddled masses yearning to breathe free,
The wretched refuse of your teeming shore.
Send these, the homeless, tempest-tost to me,
I lift my lamp beside the golden door!3

These words are written on the very symbol of America. And who do they describe? Huddled masses, tired, poor, homeless. There is no footnote on the Mother of Exiles that specifies the huddled masses must be of your preferred religion, from a certain part of the world, or of an education or economic background that you are comfortable with. In fact, Lady Liberty sounds very much like she wants to welcome all refugees to our country.

You and I whose ancestors already sacrificed to give us this life of freedom and wealth in America will be held accountable if we deny that same opportunity to others out of fear or self-righteous superiority. The only thing that makes my family different from a Syrian refugee family is that I was born in this country and they were not. If I do not use my abundant freedom to help them who have nothing, then, which of us deserves condemnation?

You who come from Utah, a state formed by religious refugees, cannot sit by and watch as our president promises to ban those of another religion from our shores. Religious freedom is one of the most important aspects of our culture and that does not mean religious freedom as long as you agree with the religion in question. As Christians we have no excuse for racist or isolationist policies in regards to immigration and refugees. Jesus Christ had plenty to say that applies to this topic. His story of the good Samaritan, where the Samaritan, at great risk and expense, helps a man of a different race,4 leaves us no questions as to how we should treat refugees who are in desperate need of help all over the world.

Lately, I have heard a lot of rhetoric (fear-mongering) against immigrants and refugees claiming they will bring terrorism and crime to our country and therefore should not be allowed to enter. Whether you believe this claim or not, Jesus said “Love your enemies”5. So even if you use the excuse that the millions of refugees who are homeless, hungry, and in desperate need of help are all your enemies (which I don’t), you still cannot as a Christian deny them our help.

Christ did not put a footnote on his statement that said, love your enemies only if they speak your language. In fact he also said, if they “smite thee on thy right cheek, turn to him the other also.”6 There is no question as to how Christ treated those that other people shunned, reviled, and considered enemies. There is absolutely no justification a Christian can use to bar refugees from this country because some people near where these people were born did evil things. Some people near where you were born have done evil things. That does not mean we can condemn you.

You responsibility as my representative to the government of the state of Utah and the United States is not to your political party to “fall in line” and follow immoral actions by those around you. It is not to the president of this country. (In fact, your job is to make sure the president does not over step his authority.) Your responsibility is to your constituents both now, and in the future, to make sure you uphold the ideals of America, one of which is welcoming in the “huddled masses” of the world. It is your responsibility to make decisions based not on fear and prejudice but on compassion and morality. If you do not do your best to allow this country to truly be great by embracing people of all races, cultures, and religions you will be held accountable by history and by God.

Please take a compassionate stance on immigration. Do not focus on deportations, blocking refugees, and cutting the number of immigrants allowed to enter our country. We need these people. We can help them. They can make us better. They can make our country greater. Thank you for your time.

1 Response to An Open Letter to my Government Representatives-Immigration: An American Christian Perspective